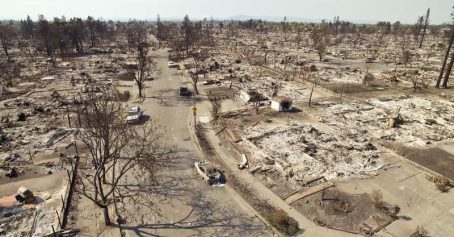 "ECM helps us capture, analyze, and act on empirical data. The data informs the way that we provide excellent services and helps to secure resources to further our mission." – Anita Maldonado PhD, Chief Executive Officer, CHD

“ECM helps us capture, analyze, and act on empirical data. The data informs the way that we provide excellent services and helps to secure resources to further our mission.” – Anita Maldonado PhD, Chief Executive Officer, CHD

California Human Development (CHD) is a non-profit organization who have been waging the War on Poverty for over 50 years. Inspired in service to their state’s farmworkers, today CHD serves people of low income from many walks of life. CHD gives 25,000 people a year in 31 northern California counties a hand up to the American Dream.

Exponent Case Management (ECM) has the privilege of working with non-profit organizations like CHD, helping them to streamline and improve their case and data management which has delivered a wide range of benefits for CHD.

What successes has CHD experienced by using ECM?

CHD have experienced many improvements and successes since they have been using ECM, which we will explore in detail later, but these include:

What challenges was CHD facing before using ECM?

Just like most non-profits, CHD experienced a number of case, system and data management challenges before working with ECM.

Like many non-profits, CHD worked with a combination of paper case files and spreadsheets sprinkled across the organization’s three offices. Unfortunately, this meant that CHD couldn’t easily aggregate data and create reports which created a lot of extra stress and work.

“Reporting around specific date ranges, such as a calendar year or fiscal year, was extremely difficult,” explained Kai Harris, Director of Programs at CHD. “We spent a lot of time compiling information and manually counting paper files to get the data we needed. The process for creating even simple reports was a real challenge.”

A narrow view of their client base

The legacy paper and spreadsheet systems that CHD was using also meant they had a narrow view of their client base.

“We didn’t have any way to monitor client needs as they changed over time or to identify trends without first doing a significant amount of work,” said Kai. “Just trying to answer basic questions often required several phone calls and meetings, that were followed by delays as we waited for someone to dig through paper files or create a report.”

Lack of visibility into performance

CHD’s previous system for case management meant they couldn’t easily or fully understand the performance of their services or identify trends over time. Kai reported, “It was difficult to answer programmatic questions about what was working or wasn’t working, beyond anecdotal stories shared by case managers.”

Like many non-profits, CHD delivers services across numerous locations, which has resulted in a fragmented approach to case management. Before implementing ECM, the referral of a client from one location to another was done over the phone, without the data being formally captured and shared. These ‘warm’ hand-offs meant that CHD couldn’t see how many clients in one program were being referred internally and were being provided with additional wrap-around services.

How did ECM help….

CHD implemented ECM to help them streamline and improve their case and data management processes in its Day Laborers and Immigration programs, which included the use of ECMs Workforce Development Module.

Throughout CHD’s implementation and ongoing use of ECM was were guided by ECMs expert staff, who Kai described as “real experts in their domains.”

CHD has been impressed with ECM and has a longer-term vision of expanding the solution to its other programs and integrating it with other funding-mandated tracking systems, for example, implementing our HMIS module for their affordable housing program to simplify reporting.

What impact has ECM had?

At all stages of CHD’s programs, the processes have been significantly streamlined and improved. For example, CHD’s intake process has been transformed, “the time from a client coming in and doing an intake to when CHD knows they are a client has been reduced to basically zero,” remarked Kai. “Improvements to our processes have led to enhanced transparency and allow us to course-correct faster.”

CHD’s reporting has also been streamlined, reducing the time to produce some reports from two days to build to seconds. “Before, it would take a significant amount of time to put together programmatic reports. Using ECM, we can now generate pre-built reports in a single click. It is a real game-changer.” Kai remarked, “Thanks to ECM, now the data is just there and accessible from any of our offices. We can monitor progress at the client, staff, and organization levels at whatever intervals we determine without taking additional staff time to pull those reports.”

ECM’s dashboards also empower CHD to track progress across multiple programs in real-time and to pull data directly from ECM when reporting to a funding source, significantly reducing the time it takes to produce these vital reports. For example, an annual report for one of the organization’s primary funding sources used to take two weeks to prepare, but thanks to ECM, CHD can now create the same report in a day.

CHD’s staff have found that thanks to ECM, they have a 360-degree view of each client. This means they can effortlessly ensure smooth client hand-offs between programs and that referrals are followed up more efficiently, leading to a better service for service users. “Clients are less likely to fall through the cracks because we have a record of referrals being made on both sides,” explained Kai. “That referral can be followed up on in a systematic way, rather than relying on memory or post-it notes.” For example, staff in CHD’s fire relief program can quickly and easily check potential immigration remedies while providing fire relief-related support and making direct referrals as needed.

As less time is spent on completing certain tasks or preparing reports, ECM has enabled staff to focus most of their time on clients. For example, the automation of specific tasks has given CHD’s Immigration program staff the ability to communicate proactively with DACA clients who need reminders of their anniversary to renew.

Staff are no longer required to assemble reports or travel frequently between offices to share information. This means they can concentrate on delivering direct services, meeting more clients, increasing their outreach, and expanding the number of cases they handle – resulting in more clients receiving the valuable support offered by CHD.

ECM has led to improved visibility into performance

CHD’s management now has greater visibility into the demand and performance of its services. For example, in CHD’s Immigration program contract deliverables are monitored in multiple locations and management can now see the program’s pipeline of clients across different categories.

CHD also utilizes the improved data visibility to determine if the organization is on track to meet its goals and see where new resources need to be allocated or new strategies developed. Faster and better visibility into the program’s fee-for-service revenue has also been helped CHD’s head office monitor demand at remote offices. “ECM enables us to easily see cases as they come in and project the related fee-for-service revenue while also ensuring that we meet our targeted contractual obligations for free-to-client services. In addition, this valuable data helps direct where we want to go programmatically.”

CHD has made use of the flexibility within the Salesforce system that ECM is built upon to develop their programs. Kai shared that “Salesforce is a system that easily connects to and talks to a lot of other systems, giving us a lot of opportunities to grow in diverse areas”.

CHD has also utilized ECM’s tools to increase the accuracy and depth of their data, especially when it comes to demographic information. CHD has achieved this by using ECM’s powerful ability to set required fields, complete data validation, and add in-line documentation. “With ECM, we have significantly faster feedback loops and can immediately dig into the root cause when we see an issue,” stated Kai. “For example, I can easily run a quality assurance report that shows gaps in intake data. Based on that report, I can quickly follow-up with staff, identify training deficiencies, or see what is happening programmatically where this information isn’t being collected, and then take action in a timely manner.”

ECM has allowed CHD to respond to unexpected events

ECM is flexible, which has allowed CHD to quickly establish new programs in response to natural disasters and other unexpected events. For example, within several weeks of the Northern California fires in 2017, Kai used ECM to launch CHD’s “One-Stop Wildfire Relief and Resources” program with minimal support from Exponent Partners. “We were designing, building and running the program all at the same time’ Kai remarked. “ECM was really key in being able to run that program as quickly as speedily as possibly’ Having been involved in the implementation of ECM, and by using the success documentation provided by Exponent Partners, I was able to quickly clone one of our existing programs in ECM and change the settings to match our needs for the fire relief program.”

ECM has been pivotal in securing funding.

CHD has been able to take advantage of the data from ECM to secure additional funding and empower program growth. For example, CHD used ECM to effortlessly leverage data around needs assessments, client numbers, and the project needs overtime related to assisting immigrants affected by the fires. This enabled CHD to secure a $5 million grant from the state. “ECM enabled us to start tracking our clients, build our numbers, and tell our story in a way that resulted in significant funding that has allowed the program to grow to what it is now,” explained Kai.

Can we help your organization revolutionize its case management?

We’d count it as a privilege to help your non-profit organization transform its case management and data systems. So why not reach out to one of our experts today for a free consultation?

At this time of year, as a nonprofit leader, you are probably reviewing fiscal variance reports from the first six months of Fiscal Year 2023.  These reports will tell you where your…

Discover how the Center for Employment Opportunities uses Exponent Case Management to track, measure and report on outcomes We talk a lot about driving impact, but how do you actually go from…

From Point Solution to Platform The Pace Center for Girls (Pace) mission is to provide girls and young women an opportunity for a better future through education, counseling, training, and advocacy. Pace…